He competed throughout Great Britain and Europe; ran the world’s first motocross training school in the 1960’s; operated rally driving schools throughout the world with his most successful student going on to win two World Rally Championships and enjoyed training countless young drivers in the unique subtleties of driving a rally car very quickly on loose and tarmac surfaces. 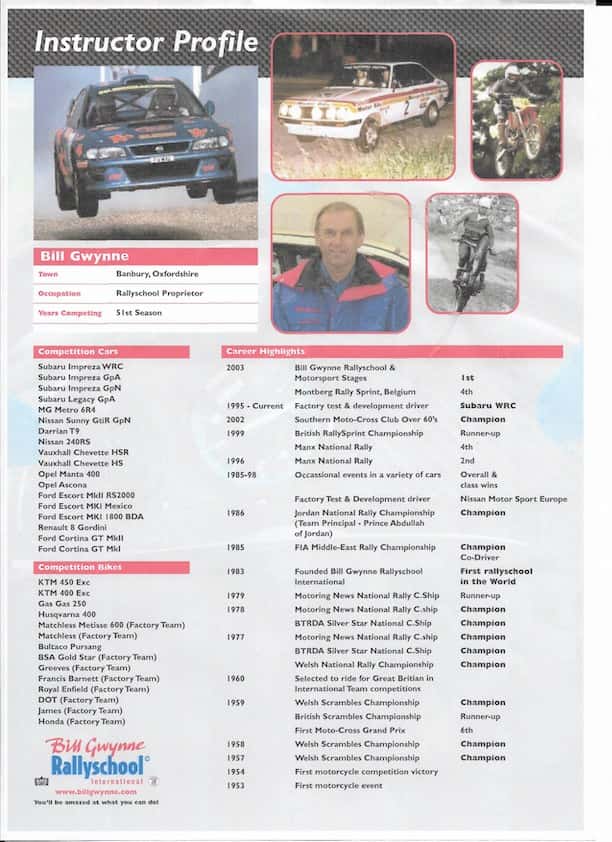